I seem to have stumbled on a few really good days this week already! Not only is it a short week for most of us in the UK with Good Friday almost on us… As many as you may know if you’re a regular reader, yesterday I got Personal Amazona in Red (I’ve named her Marilyn… Yep, my PA has a name… It makes me feel I can bond with it better and will utilise it more) which I’ve been really thrilled about, but more on that (yep, even MORE!) in a moment…

A couple of weeks ago I was so lucky enough to win my first ever giveaway! I never win competitions or giveaways so I was really shocked and amazed!

Sarah of the site:

Adventures in Trying to Organise my Life

Sent me a lovely lovely package and I think she knew I was getting a red Amazona so I saw lots of Reds and blacks etc… PERFECT!

I am in LOVE with the chevron washi tape and the keys washi tape… And the little red hearts… And the stamps… Oh, everything is lovely! Thank you so much Sarah!

Course, I had to get using these little bits and bobs… So I got to work on my April Month spread:

It wasn’t until later I realised I’d placed the keys upside down -Doh!

Also… One of my favourite perfumes is Valentina by Valentino. Each birthday or Christmas I’m guaranteed to open up a set of the perfume and moisturiser. It’s got to a point I have shedloads of that gorgeous moisturiser (because I only use it on special occasions) so I slathered it all over my Diva Amazona last night before moving in.

Course, it smells amazing… And I completely forgot that it shimmers and sparkles in the light! Here you may be able to see:

Told you she was a star 😉

What felt like forever ago, a lovely lady on Facebook sold me her Personal Amazona in Red that I had been pining for.

And then I played the waiting game. Not very well either, if you ask me. I would shoot back home from work only to be disappointed that it had not appeared. I tracked the Royal Mail and tried searching the USPS site, to no avail. I e-mailed Parcelforce, I called Royal Mail, I tweeted USPS… Nothing. I went to Cornwall and secretly hoped it had been delivered whilst I was away… No sign of it.

I was so upset as the Person I spoke with at the Royal Mail told me that parcels never usually take this long and that it should have been delivered by now.

Today was my first day back at work following my Cornwall Break (which was divine by the way, at least, when I wasn’t being pulled up rocks and steep hills and down harsh slopes. The fella even treated me to a total relaxation spa treatment which completely suprised me – especially as he isn’t one to usually book things in advance etc) and I dragged myself into my hallway after braving the wind and rain to get some bread and milk (not that any of this is even relevant but hey…)…

And there it was. The postman’s familiar more to get me know I had a parcel waiting in my “safe place”.

I was hardly daring to get my hopes up as I found the parcel.

Low and behold, Marilyn the Red Amazona had arrived… Late, true to that ever so famous Marilyn Monroe form. What a Diva.﻿﻿

In the box, there were pens, notebooks, really really cool eraser tape stuff with patterns on I’d never ever seen before… And a lovely note from my Amazonian friend 🙂 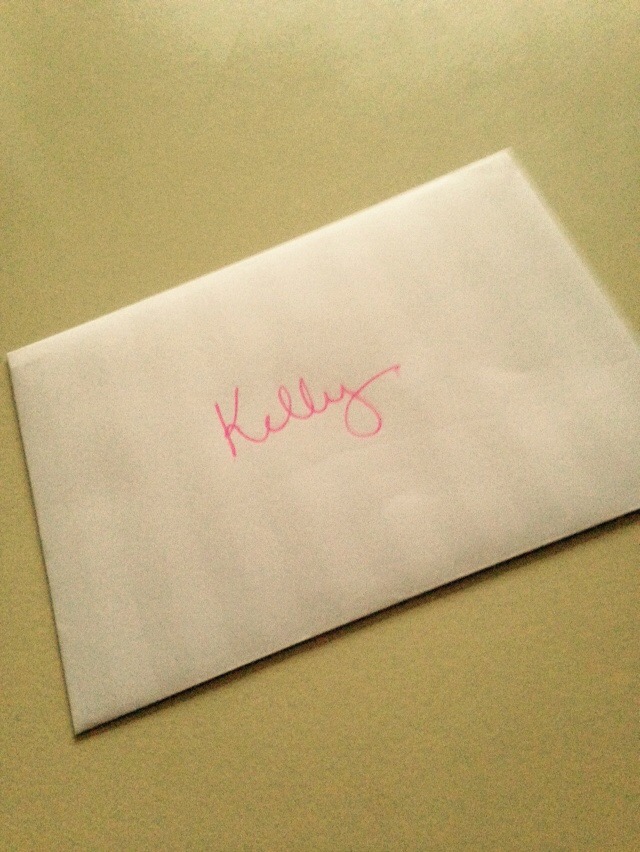 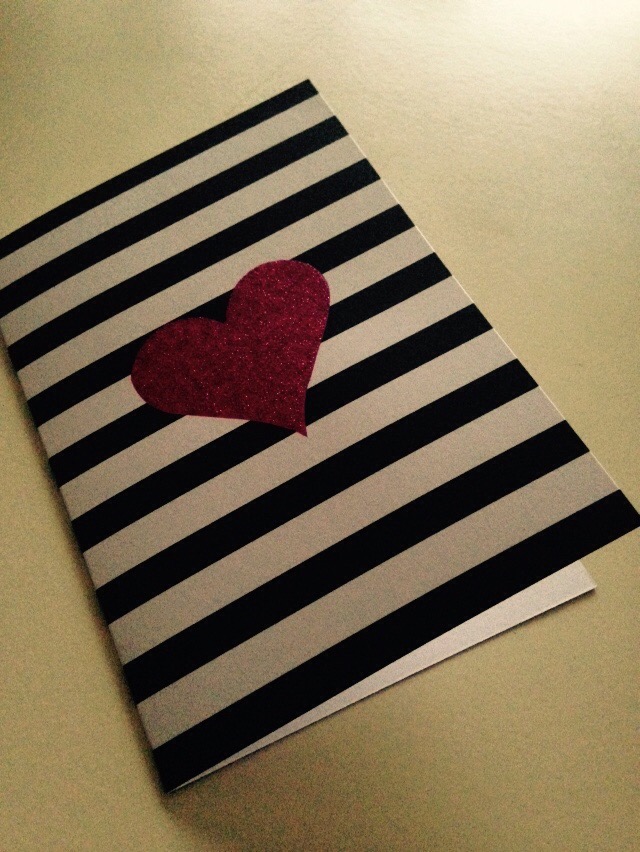 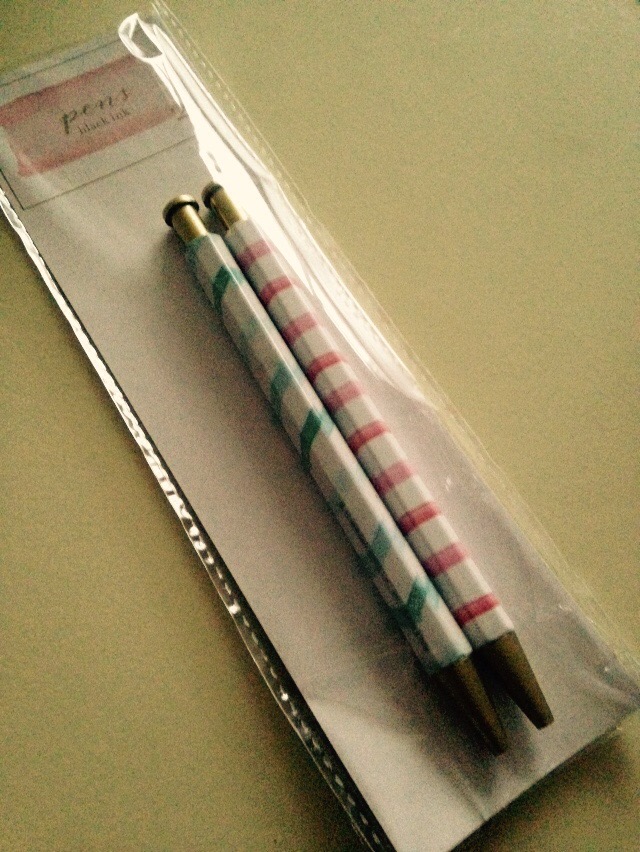 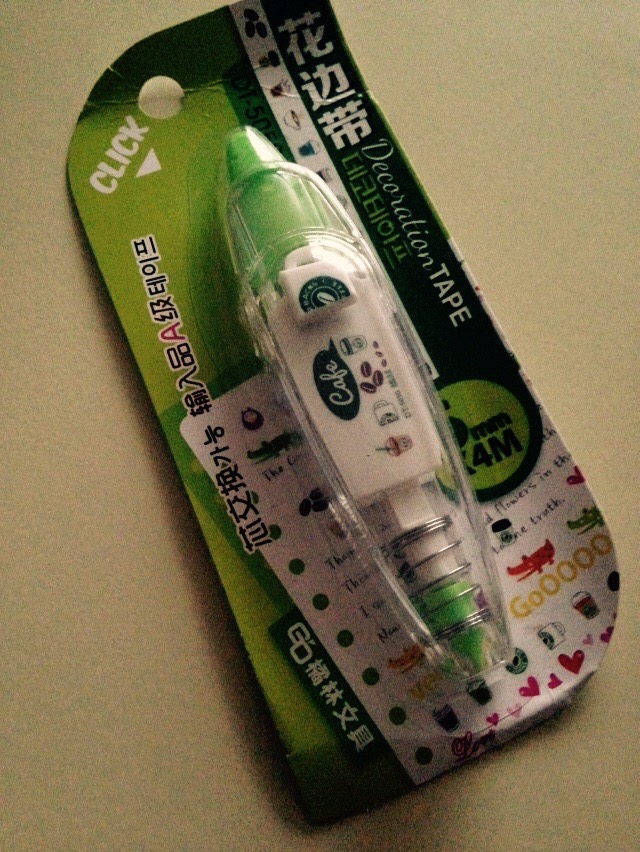 And here she is:

I immediately got to work setting her up… Which turned into most of the evening.

Finally… Under the terrible lighting of my bedside table… Marilyn. 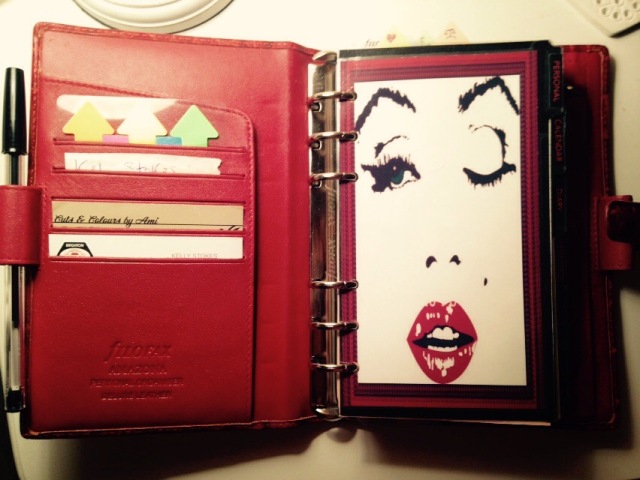 I’m loving the horizontal card slots, the enormous rings (I’ve been squeezed into compact rings in the Guinea, this feels like I can breathe!), the “leftie” pen loop (I’m a leftie and love this feature on the Osterley too) and the elasticated zip picked at the back.

I’ve never utilised a secretarial pocket before: what do you use yours for?﻿

I think I’ll leave it at that… It’s a pretty big post enough as it is!

Just to let you know my Personal Ivory Deco is still up for grabs but the listing finishes tomorrow!  Make sure you check it out and grab a bargain!

Best of luck to you

Yesterday, while lounging around on the facebook groups for my Anazona to miraculously “pop up”, I recall a lady looking for a personal Amazona in Almond… And I saw someone’s photograph saying they were having a big sort out. In the stash was an Almond Amazona.

Naturally, to me, that meant they were having a clear out etc… And being the excited person I was, mailed the lady searching for the Almond notifying her of my findings… But alas, no avail… The buyer was not selling at all.

We then got on to having a little moan about how our Amazonas were so elusive and I blurted out that I had been mailing everyone in the hope of my red Amazona. To my surprise, she said she had got it and was happy to sell to me.

Call me crazy but I had tears in my eyes and I was so happy… But the only thing that stopped my happiness fully was the fact she couldn’t find her ideal planner anywhere.

So I went on a mission, mailing bloggers that had featured Almond Amazonas in their blogs… Got a couple of “already sold on” responses… And then finally got a reply from a very regular lifestyle blogger who notified me she still had hers and was willing to sell!

I told my Almond Amazona seeking friend and got the two in touch… And now everyone has what they want!

All yesterday afternoon I spend making new dividers for the Amazona in prep for when she gets here:

I think I shall name her Marilyn 😉 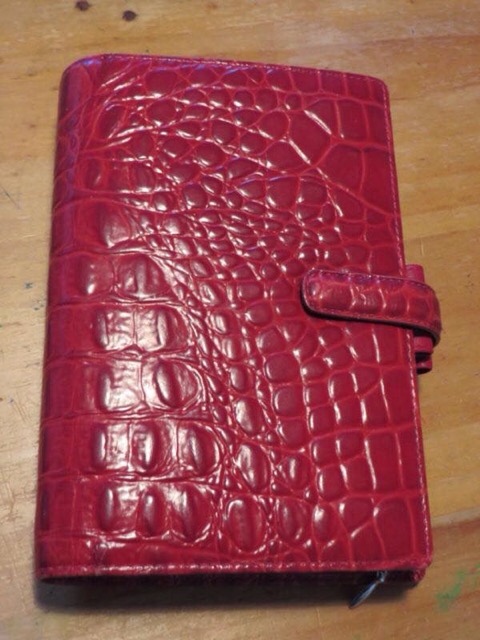 She’s on her way to me shortly! Yippeeeeeee!

Have you had an interesting planner search?

I have been reduced to hunting the Facebook pages.  Searching that model name over and over to the point of feeling crazed.  I’ve even scouted old blog posts and Facebook planner page posts from about a year ago etc and messaged, yes, messaged, people asking if they still owned their beautiful red Personal Amazona that I am so jealous of them for owning… and seeing if they would ever part ways with the delectable model.

What’s happening to me?!

In other news, you may be aware I’m getting rid of the Deco!  Yup, Daisy is moving on…  she’s here if you fancy a peek:

Daisy is Moving – get a chance to own her HERE

Originally she was up for offers on the Facebook pages but after the allotted time passed and she had no interest…. poof!  She’s now at Auction.  Poor thing 😉

ALSO!  The Purple Personal Malden finishes on Tuesday – so don’t miss out on a chance to own!

You can find the Purple Malden HERE

In personal news, apart from becoming a complete brand snob and coveting a red/oxblood Mulberry Bayswater, I am gearing up for my upcoming break in the next couple of weeks to CORNWALL!  We are staying in a super duper posh hotel in Newquay and I can barely wait.  I know this is going to sound bizarre, but anyone who lives inland will completely agree with me here – I cannot wait to see the sea.  No idea why because it terrifies me – but there’s something about the sea that pulls me… I love it.

Anyway, I think that’s enough from me!  How are you getting on?

My Personal Deco in Ivory is up for grabs… I’m taking bids on this Facebook page until 9pm UK time tomorrow evening: get involved! 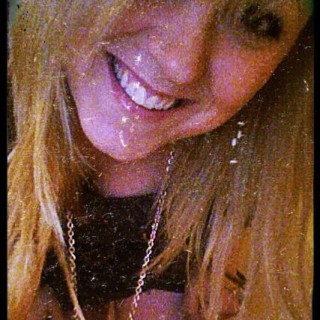 The Pocket Diaries
Blog at WordPress.com.